HELLDIVERS™: Dive Harder is now available! As usual, this update is free to download for anyone who owns the base game on PlayStation® 4, PlayStation® 3, PlayStation® Vita or Steam. 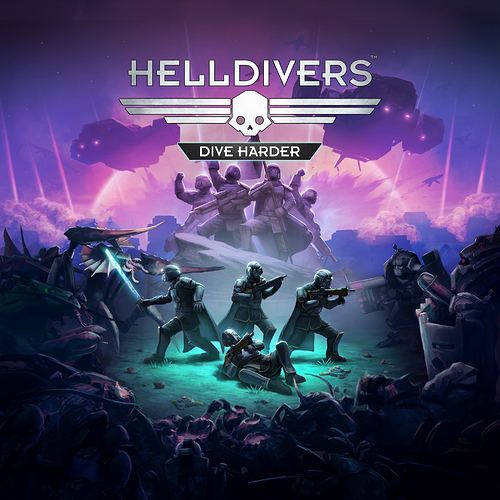 A Proving Ground is a unique replayable mission that takes place in a city, purpose built as a training facility. Captured enemies have been let loose to roam the streets and give the Helldivers an opportunity to hone their skills. 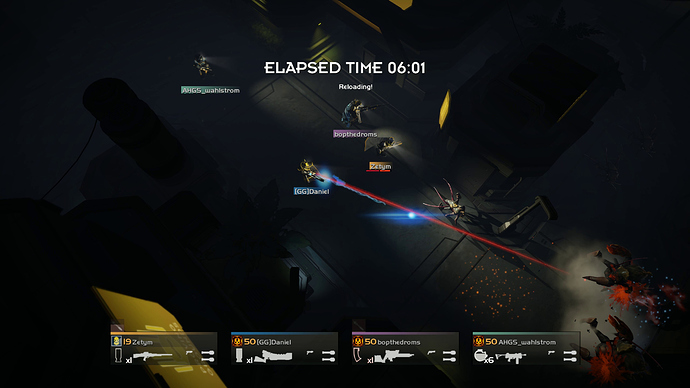 With great risk comes great reward! Helldivers who climb to the top of a Proving Ground’s leaderboard at the end of the Galactic Campaign will be awarded a cape by Super Earth Command.

Check out this Development Video for more details: https://youtu.be/5EiBycjczFM

Favorite loadouts allow the player to define up to three different combinations of weapons, perks and stratagems for quick access when starting a mission.

Players who want to add an element of surprise to their game can now select the random loadout option, which will select randomly among unlocked weapons, perks and stratagems. 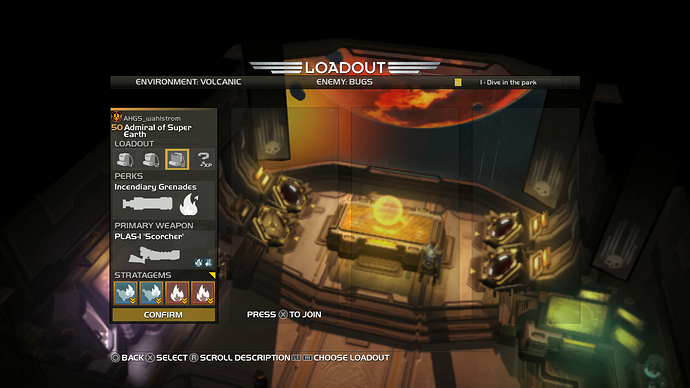 HELLDIVERS™: Dive Harder also includes tweaks and balancing changes. These are based on the feedback we have gathered from the community (yes, you can now skip the Galactic Campaign Summary…). Please see the full patch notes below.

Changed:
• It is now possible to skip the Galactic War Summary.
• The AT-47 Anti-Tank Emplacement shells now do damage to the Emplacement if firing at close range targets.
• AD-289 ‘Angel’ and AD-334 ‘Guard Dog’ will return to backpack to rearm if left idle for a while.
• Increased damage and fire rate for AC-22 ‘Dum-Dum’.
• FLAM-40 ‘Incinerator’ now leaves swaths of fire in its wake.
• Strong Arm now increases melee damage as well.

HELLDIVERS™: Dive Harder is available to download for anyone who owns the base game on October 25th 2019 (October 26th 00:01 in New Zealand , so technically on Liberty Day!).

Players who want to add an element of surprise to their game can now select the random loadout option, which will select randomly among unlocked weapons, perks and stratagems.

Condition : A condition primarily affects the loadout available to the Helldiver, like shotguns only, or only defensive stratagems, or perhaps a new weapon every time you reload!

Arrowhead, you all impress me every time.
If the previous upgrate was meant for veterans, this brand new shining upgrate is meant also for beginners, that’s AWESOME! Image how many new divers can now appreciate more the most brilliant, innovative, marvelous co-op game ever made! Huh, wait… Is that a LASER SWORD!?

Don’t forget to update the Steam store page/forums, there’s nothing there as of yet.

I started a thread there and pasted in details from Arrowhead’s blog post today just to try to get the ball rolling.

I begged for the Favorite Loadouts feature for years, glad to see it.

I trust we get flashlights in night missions, or else the game becomes Pin the Tail on the Donkey.

And thanks for the annual substantive Liberty Day update. It makes up for the fact I’ll probably be in a nursing home before you folks ever are allowed to even say a peep about The Secret Project.

After watching the video I can’t wait one more second to get the new capes. But wait, do you guys know that there were F-ing CHEATERS in your game? I used to see about 5 such guys (1.5kh total game time on steam record). Since the new capes seem to be only given to the board leaders, I’m worrying about such mechanics may lure people to F-ing cheat. I personally guess using just CE can cheaters simply modify HD’s memory data. If it’s not speed run, but accumulated points just like before, cheaters can still simply seize all the capes in their hand with BOT.

Another best seller game, Capcom’s Monster Hunter World, its speed run mode on PC, which is similar to Proving Ground, is dominated by F-ing cheaters. All records are just 1 second thus this mode is ignored by everyone, even if there is no in-game reward for board leaders. I sincerely wish you guys are already prepared for an anti-cheat system, otherwise any cheaters on the board will only make me jealous and upset.

Hi BlackjackGT, Steam store page updates are coming but probably wont be live until Friday. I’m glad you are excited about favorite loadouts (so am I!) and flashlights are confirmed!

Thanks Tann! Just to clarify the favorite- and random loadout changes affect the main game. The conditions (as well as modifiers and challenges) however only affect the new game mode Proving Grounds. It will all make sense when you play it!

Id like to attach myself to this. Like if all the cheaters flood the leaderboard how are we meant to get the capes -btw they look sick yo- so yeah i really wanna see them do something about it. Or maybe, its done in a way that everyone can get it ? Idk, i really hope so.

We get A SWORD?
What have you guys done?!
Now I’ll probably never use another weapon again.

I’m glad you are excited about the saber Viking. It is available in the Proving Ground right now, so get in there and swinging! Just to clarify: it will not be available as a loadout option for standard missions.

Thank you for the update, cant wait to try them all.

So proving ground is only available when a city defend is happening? Am I missing where it is?

So proving ground is only available when a city defend is happening? Am I missing where it is?

Available anytime by using R1 on controller from Galactic Map screen (before you select any faction).

Yeah thanks cusman, eventually I figured it out. Does it ever get harder? Or is it just those same three levels?

They rotate every war. So there’s always new challenges and modifiers, different map-layouts, and different enemy+difficulty combinations, but they then stay fixed throughout a Galactic War.

Only thing that always stays the same is the tileset (i.e. Super Earth City map).

Yeah thanks cusman, eventually I figured it out. Does it ever get harder? Or is it just those same three levels?

The 15 in these is definitely easier than the 15 in main game, but the challenge comes from loadout Conditions (constraints) and the Modifier which can both help and hurt. Furthermore, the real challenge in this mode is really more on the Speed Run nature of it with elapsed time based leaderboards and the cape rewards to top squad only (3 per War).