I want to preface this by saying these are my first experiences of Arrowhead support so I don’t know if this is the norm or not. Maybe I’m doing it wrong?

I sent my first email to support@arrowheadgs.com >half a year ago (23/02/2020) and received the automated “We will try to get back to you ASAP!” but nothing further. I did follow up twice more (most recently last month) and again no response aside from automated reply. This is around the start of Corona so I can see how they might have been missed.

I have also asked direct questions in the forum with no response either. This was quite unexpected to me. We are a relatively small community, the devs are active on the forum and I saw one Dev comment in a thread saying “we are in direct contact with the affected person”. Reading this gave me confidence in my extremely positive impression of Arrowhead and it’s community/support at the time.

I know it isn’t particular to just me others have post with no responses. It feels like if you are not part of the club or clique you get ignored. I’m not saying that is the case but that it the impression I’m getting.

Either way I think we can universally agree ignoring people is just plain rude so hopefully that hasn’t been the case and I have just been going about things the wrong way. If I can be pointed in the right direction I would be grateful.

What’s the issue you are having with Helldivers?

Perhaps there is already a solution to your issue or problem at the Arrowhead website or forums, and that might be the main reason why there is no response.

Hi @YOPG thanks for your reply.

The issue is regarding the Proving Grounds rewards. A known issue but with no word from the devs since March 4th.

That’s been already addressed, Guru Games fixed as much as they could and all resources went into the new AAA title Arrowhead is working on right now. I’m afraid PGs is not getting any fixes anytime soon.

Does this mean the statement that “everyone who earned a cape will get one!“ is inaccurate?

The released fix patches after Liberty Day is all we got till next Liberty Day. You didn’t specify what issue you are having and that’s the least I thought of, at the moment capes are delivered individually if I’m not mistaken. You have to post a screenshot of you placing the top and eventually, devs will reach you.

Also, developers are noticeably less active in recent months. We can assume they are very busy.

Updates are only released on Liberty Days and that’s often new content rather than fixing previous issues which that’s why I said any fixes regarding PGs have been already done and it’s going to take a year since the last patch for a new update to be delivered (and that’s still unknown if it’s going to be any update at all).

I also think if wahlstrom said he will keep us updated and if he didn’t yet then there is no news about progress towards the PG.

Please tell me where do you get your information from?

I know content updates come out on liberty day but not fixed and patches.

From my observation. It’s well-known, there is not going to be any patch until Liberty Day and even then the possibility of an update is not certain. Guru Games was hired to work on the Dive Harder expansion and 2 bug-fixing patches after the major update was exclusive which just means it won’t happen anymore since GG is not responsible for content for HD anymore.

And based on this I knew months ago the update is going to be delayed till Liberty Day 2020.

I have seen no information about GG and the arrangement they have with AH, where did you observe they were only to do two fixes?

You have to post a screenshot of you placing the top and eventually, devs will reach you.

I did that 6 months ago. This is basically why I’m asking.

seen no information about GG

This video states it pretty clearly at 0:23, and 0:35 onwards, but surprisingly it isn’t mentioned anywhere else except 2 news sites who also picked up on it: 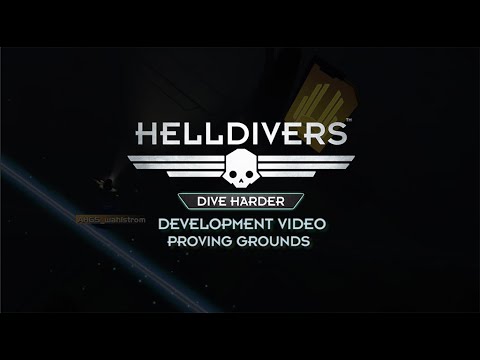 Quoting without the context can give a very different impression!

Thanks for the share, hope you are doing well.

Edit: Can anyone confirm the devs needs screenshots for PG? Is there no record on the server?

Hey @Dyzzy please check your inbox. We have finally figured out a way of solving this

Also, we are able to check who earned the capes for each Galactic Campaign in the back-end, so there is no need for screenshots. Thanks for being so diligent though!

Indeed I have now seen and replied. I had given up hope due to radio silence. Sometimes is very good to be wrong.