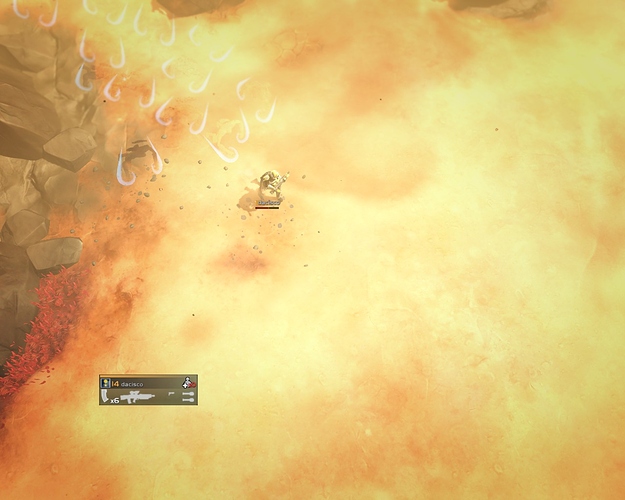 What are some of your strategies for completing Level 15 Illuminate missions? I just soloed it (not that difficult) but team play is a whole other matter entirely. Is there no getting around the SH-20 (“Shield Generator”); I feel that it is essentially required, as the patrols can now “disorient” you from off screen.

Having tried out the level 13, 14, and 15 planets yesterday and today; I can say that 14 and 15 absolutely require the SH-20 if you are playing solo. Level 13 in my experience has mainly just been the new Observers, shielded snipers, and all that spawn when alarmed are Obelisks. 13 you can get away with not bringing the shield, but you WILL get mind controlled from off screen quite often.

Level 14 and 15 I had more Outcasts than you can shake a stick at chasing me, plus council members, a crap load of Striders, plus a half dozen Obelisks. The Outcasts are now even more aggressive too! They throw themselves through Hellfire just to try and kill you. Your screenshot is great because they spawn at least 10 at a time, and they just keep coming! Makes for some very challenging extractions when you can’t run away very far, and you have one less Stratagem available due to the shield being pretty much required.

If you get mind controlled while your shield is down, or if you die, then you can VERY quickly have 3 deaths in a row and fail the mission. So far I have really only had to adjust my loadout to accommodate bringing the SH-20. I still bring strat priority, double freedom, ammo, obliterator, and hellfire on solo runs and it is very effective until extraction when all hell breaks loose and the fun begins.

I just noticed a few things that others may find useful:

You can also kill an Outcast that’s following you by throwing a grenade in front of you and running past it.

I also think LIFT-850 is generally more useful than the SH-20 but neither is necessary as you can see in the gameplay video below.

Do you dodge stuns/disorientation while airborne with the LIFT-850? Can someone confirm this? If so, the SH-20 might be definitively less viable.

Edit: I can confirm that stuns are applied to airborne players so long as you are within the visible radius of the stun (this applies to both Obsidian Observers and Council Members). Patrols will simply delay their stun (and follow you) until the player lands, making the LIFT-850 effectively useless against them. Also, The movement speed of Outcasts makes it impossible to escape from them with jumping. The LIFT-850 still works for dodging slower mobs and projectiles, and jumping over walls.

Edit2: A few more observations: Stuns/ mind control last approximately 3 seconds; while the player is stunned, the timer resets for each subsequent stun, 2) Aiming directly at an Outcast (at any range greater than melee range) for approximately 2 seconds will trigger its dodge animation, 3) You can just barely outrun Outcasts and Observers with Cardio (not a great long term solution, as cardio is null on snow maps), 4) Council Members will generally stun immediately after teleporting if a player is in range.

Also, The movement speed of Outcasts makes it impossible to escape from them with jumping

Correct. The Outcasts are the main threat that go for the kill. Take them out and the rest are more manageable. Having controls reversed by Council Member is not that big of a deal once you have enough practice. The Observers who do a much smaller lasting Confusion need a different kind of adjustment.

The LIFT-850 I prefer is mainly so I don’t get trapped behind Obelisk walls during regular missions while rest of team is advancing elsewhere (retreating) or otherwise scattered. It is better to group up and fight the Illuminates together.

In short, the SH-20 is a very good choice, but not what I consider essential. There is still a decent variety of loadout options that give you an edge vs the Illuminates.