Just a little thread to see what everybody wanted from this year’s liberty day, maybe some new stratagems like last year?

Frankly, it doesn’t matter if we get anything, because it will either be more deadly to players than enemies, as in the Launcher turret, or bloody useless, as in the smoke strategem.
What would be great in my opinion would be to reverse the nerfs done to so many strategems we already have.

I’d like to get some balancing update, instead of new skin and stratagem

I’d like to get some balancing update, instead of new skin and stratagem

I think the obvious question here would be… what do you mean “balancing update”? Specifically, I mean.

Skin with neon colours would be fun
skin with a flag in the back.
New vechicle : buggy or jeep , from 1-3 people. driver, passenger with a front smg and passenger with a turret and maybe another passenger that can call stratgems from the back

I always cringe whenever someone directs hate towards the best Stratagem in the entire game: Smoke Thunderer! <3

And I don’t say that ironically, either (at least not fully, anyway), but I have given up trying to convert people into Smoke lovers, so…

Either way, regardless of what Liberty Day 2018 may bring, I hope it will be at least memorable.

For real. Place a smoker well and it’ll do some serious work. It’s not as obviously useful and it gets shit for that. I usually warn teams when I use it so they know to use it to their advantage and move ahead of time to the drop

I think one of the problems that people face with the smoke is that they don’t realize it’s to stop you being spotted not to stop the enemy, but agreed if used well it can easily surpass any normal stratagem

Best idea I can give for Liberty Day is plan to celebrate it and have a good time with the rest of the Helldivers that show up for the same.

I mean a game for everyone is a game for no one, so not every update will satisfy all players but Liberty Day should remain a day for all Helldivers to celebrate and have fun together regardless of how they feel about whatever new thing is added or changed or even nothing.

A tiny bit irrelevant but here’s what the helldivers twitter posted, so maybe an event of some sort? 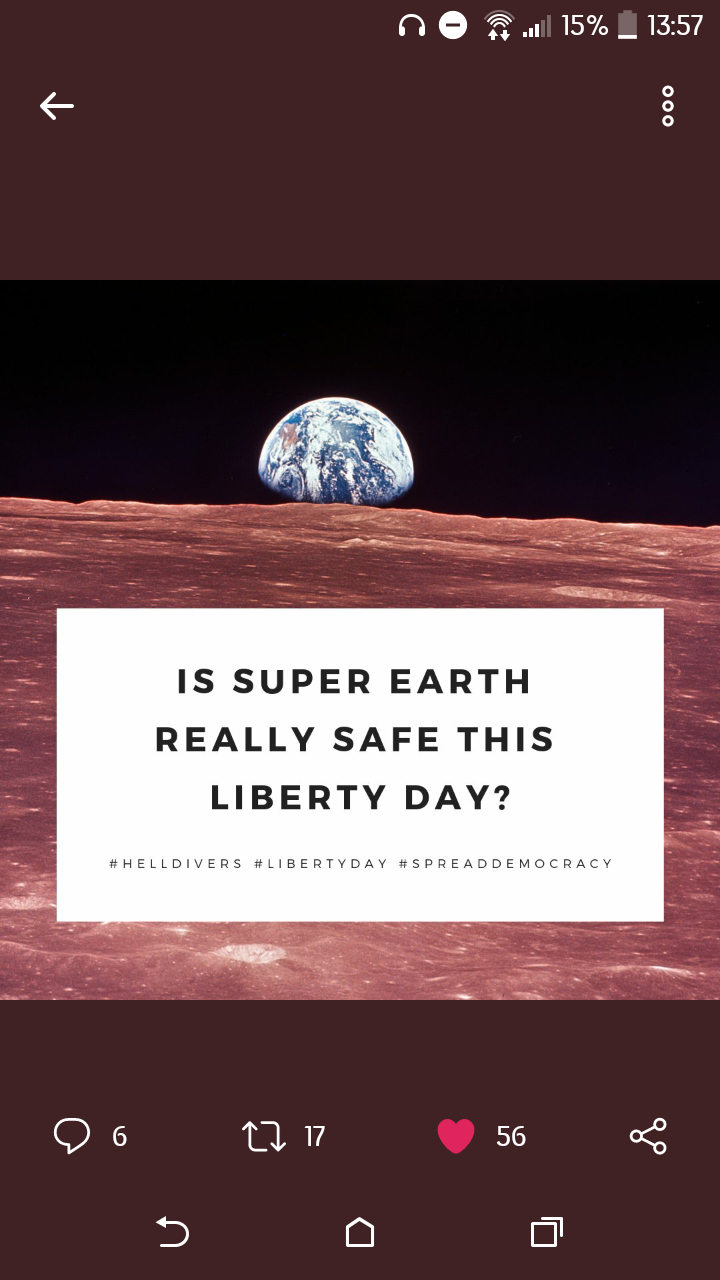 Tips for using smoke? i sometimes have troubles hiding from enemies. Also noticed that work better vs cyborgs than other factions

On defense objectives it can buy time. Scouts won’t trigger alarms since they can’t see you and enemies won’t shoot you through the smoke. This can also pressure you, since enemies like warlords which can usually be distracted or caught in long animations will walk straight forward into the smoke. So have contingencies ready

Thanks, and some tips for bugs and illuminates after the alarm raised?

For bugs take out the soldiers first, and then the behemoth (unless it’s a defense objective, then take out behemoth asap as it can almost instantly kill most objectives).

Illuminate is trickier, especially if there’s a defense objective. Ideally your team will be able to delegate without talking between shooting snipers before they can fire and taking out tripod hordes. I’d say snipers take priority. If council members appear you can usually save them for last, but you better not take your eyes off them. Shoot the mind control orbs and smack away the death orbs with a bayonet (or shoot them). I recommend bringing strafing run for the tripod swarms – and don’t be stingy with grenades. They’re less threatening to the objectives but they’ll tase you, bro 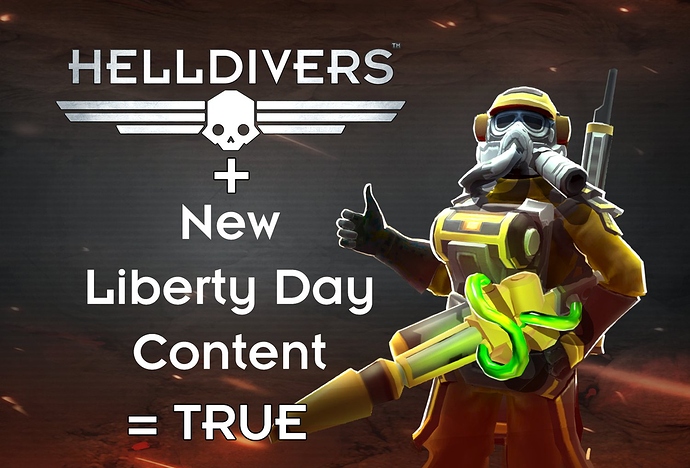 Looks like liberty day has some things in store, if you want to know what’s new this liberty day check this post: http://arrowheadgamestudios.com/2018/10/helldivers-its-that-time-again-liberty-day-2018/