My first Sisters of Battle!

For those of you who aren’t into 40k, you might not know that Sisters of Battle are a notoriously outdated army, that hasen’t received updated models in forever.

So getting sisters models for your army is either a matter of buying used, forking out double the normal model price for old pewter models that only come in a limited number of poses, or as in my case, build something through conversion.

So here it is, my first painted Sister of Battle! 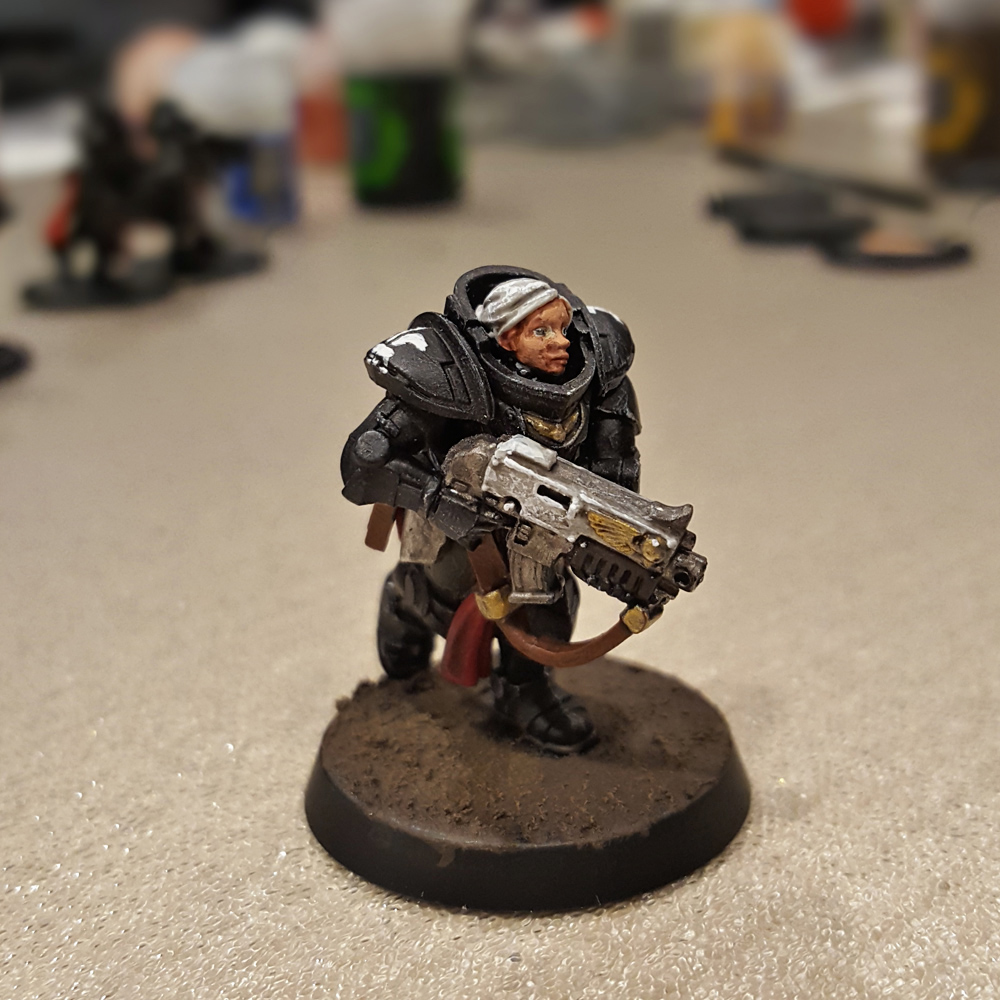 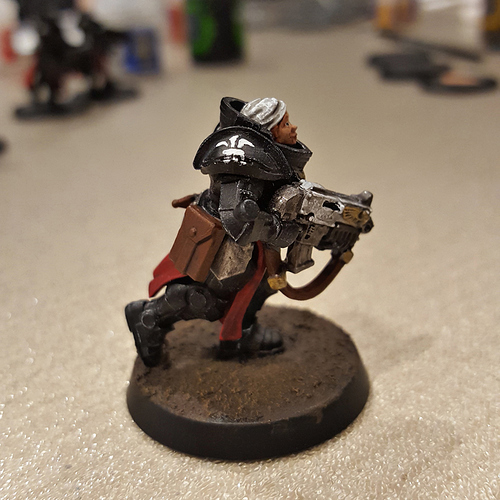 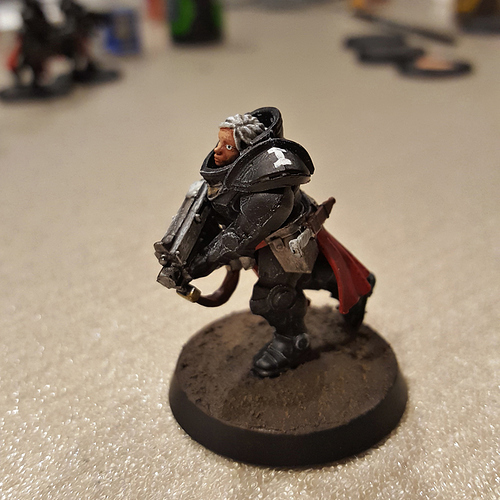 The model is based on a Eisenkern Valkir Heavy Trooper, with the shoulderguards backwards.
Added to this I have exchanged the heads for some custom Heroic Scale Female Heads (made from pewter and not plastic like the rest of the model), and added weapons from Space Marine bits (bits are leftover pieces from other kits). In this case the model is wielding a Space Marine Scout Boltgun.

I put everything on a 32mm base and voila, easily converted Sisters of Battle. I found the tip of doing this through some crawling on the web, and it seems to be a fairly common conversion to get Sisters of Battle. As a bonus I get less of the boobplate prevalent in the army \o/.

That looks really cool! Im not into 40k myself but from what I’ve heard, its pretty neat 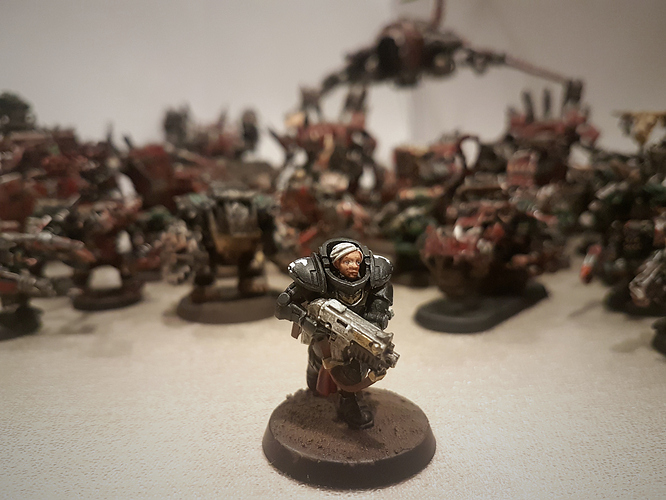 This is flippin’ cool. My cousin used to hand-paint the old original Warhammer models (before 40k was even a thing) and I know just from how much time he put into a single project how painstakingly tough they can be.

I tried to paint an ogre once, and somehow it came out looking more grotesque than ogres are usually supposed to look - I didn’t even know that was possible. Props to you for having the patience and the skill to make them look good.