Similar to the “MD-99 Autoinjector”, MD-101 is a prototype upgraded version of MD-99, Doesn’t increases rate of health regeneration but gets you up instantly when you are downed and recovers all your health to full immediately.

Because it’s still a prototype version, MD-101 Autoinjector can’t be used all the time.

Because of new advanced trainings for privates, they waste less bullets. Super Earth Command decides to give 50% more magazines capacity to every Helldiver on the front and you resupply 75% ammo, instead of 50%

Adds Suppressor attachment to the main gun, your weapon is now silent, the bigger the weapon the weaker suppressor is. Enemy Patrols notice your shots from further distances.

Someone with permissions move this toopic to Suggestions category please

Alright. I will move it.

I like the ideas behind these, especially Bigger Capacity, however, Suppressor wouldn’t work AFAIK. The in-game aliens don’t detect you with gunfire, rather, with stratagems/objectives you use, thus this perk would have no use.

In its place, there could be a Long Barrel perk, attaching longer barrels onto all your guns and increasing the effective range of your weapons. Could make SMGs more viable and makes shooting offscreen with other weapons a possible tactic.

I like the ideas behind these, especially Bigger Capacity, however, Suppressor wouldn’t work AFAIK. The in-game aliens don’t detect you with gunfire, rather, with stratagems/objectives you use, thus this perk would have no use.

They do! You will notice it when you will miss a shot, the Patrol will turn back and try to figure out what tried to kill them and yes they also detect your stratagems or respawn near objectives.

Perk would be useful, it would require deleting Suppressor from Ninja SMG though, Ninja has Suppressor but only for visual effects.

I assumed that’s because you’re in range and have LOS on them and they can detect you’re there; If you can see them they can see you, although that’s to my knowledge. I’ll test this later but I’m moving my computer to a new spot in the house, I might not be able to verify this on my own until the weekend.

You should test it out, not going to write a text of wall here hah! I have played over 800 hours and i noticed it few times, they also detect shots.

Yea, I’ll trust you on this for now. However, I’m still keen on a Long Barrel perk or maybe a balance check at least on some current perks in the game. I never want the Precision perk over something like Strat Priority, let alone when talking about Strong Arm which gets you arrested for lifting…

It should be called the MD-101 ‘Jumpstarter’ instead, makes it more unique rather than a few numbers being different.

Just some clarification, does that mean this stacks or only one person needs to use it for everyone to benefit?

I think at Steam forums’ stickied suggestions thread, I’d suggested something that could go fetch your dropped Guard Dog or Attack Drone and make it fly it back to you. A perk like that might be too niche-y.

My updated variant would be a one-use “Fetch” drone perk capable of fetching any sort of equipment you may have dropped, anywhere on a mission map. I’m not sure if it makes more sense for this to be a flying drone, a hovering drone, or more of a tracked, fast moving ground-borne drone. Or maybe it doesn’t make any sense.

It’s just I’ve been on enough free wheeling pick up groups that refuse to track back to dropped equipment. So I thought a limited perk to remedy this situation could prove popular in some situations.

New Perk: Bigger Capacity - there is a prototype Resupply Pack made by Old Earth 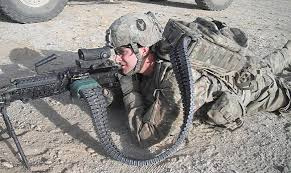 I think the current Resupply Pack just needs to be upgraded to allow MG-105 and MG-94 users to continuously fire without reloading, instantly switching to the next mag after the current mag is empty if their carrying a Ressuply Pack.

Just some clarification, does that mean this stacks or only one person needs to use it for everyone to benefit?

It works only for one person, it’s supposed to be a description of a perk that tells small story.

It works only for one person, it’s supposed to be a description of a perk that tells small story.

Might want to rephrase it better, it sounds like an amazing team-orientated perk because it seemed you could have one person bring this perk and everyone gets +50% magazine capacity.

Perhaps it should look more like:
Due to scientific exploits on new advanced materials, liberated from the Illuminate’s flappy appendages, Super Earth is capable of manufacturing a synthetic version of these lighter metals. Thus, in accordance with this advancement, Super Earth has issued a new tactical ordinance of weapon upgrades specifically tailored for Helldiver magazines and ammunition.

This upgrade provides custom magazines that are nearly 50% larger than previously designed ones. Combined with the newly applied synthetic metals to our ammunition, allowing for up to a total 75% ammunition efficiency gained from ammo boxes. All of this with no cost to weight!

Do note, however, Divers must personally order these upgrades due to the mass expenses of this ‘perk’; you can only bring the single ‘perk’ alone into combat, choose wisely!

I’ve always thought that a perk to allow you to resist or become immune to certain status effects (burning, poison, etc) would be cool. It’s something that could’ve been included in the Hazard Ops set.

Fast Mags perk.
Need it at rank 30. The reload speed for your primary weapon is increased.

Increases the speed at which you pick up items, teammates or yourself (from being downed). Does not increase reload speed.

Honestly, I’ve never had a problem with the reload speeds—they’ve always seemed quite reasonable to me unless you’re into spamming or “Spray and pray”.

What about a ‘Pilot Perk’? This perk allows you to pilot mechs and drive vehicles. It would make your role more important.

Class-type limitations were really more of a Gauntlet thing – i.e., only THIS class can do THAT, and only THAT class can do this.

Helldivers is more of an open sandbox, do whatever you want or don’t want, kind of game. So usually when I’ve suggested anything that would put any sort of “limit” in the game – like having certain Stratagems take up 2 strat slots instead of 1, or missions where you can only use your sidearms, I’m shot down in flames as “we don’t want any sort of limits in the game at all, your idea sucks, go away, etc.” by other Helldivers players. The devs just ignore me in those cases.

True, many weapon reloads function well as they are. There is certainly no need for it with submachine guns. However, cumbersome guns like the Punisher shotgun and the Stalwart lmg would be more comfortable to use and might become more appealing options for Helldivers.

Maybe it’s just me then. I personally love the Punisher as it is. Not much into the Stalwart, so I have no substantial opinion there.