[POLL] When Will Arrowhead Officially Announce its Secret Next Project?

I sense a pink easter-egg incoming

Do hope you at least leave some fun exploits/bugs in the code, don’t polish till it’s stale. o7

“This AAA game will share the satirical humor that fans of the studio’s previous games know and love.”

There is no doubt in my mind that whenever they are ready, what they reveal to the world will remain satirical in tone and that it will favor co-operative multiplayer with friendly fire always on.

In meantime, still going through backlog of interested games I missed while I played 1000+ hours of Helldivers on both PlayStation and PC Steam.

Currently playing Deep Rock Galactic with the release on PlayStation.

I changed my poll answer to “When Pigs Fly.”

Officially announced in “December 03, 2020” and basically radio silence since, my guess has leapt ahead two years to 2023.

So slowly they can really keep their new game. Putting the community off again and again over such a long period of time almost borders on a joke. Don’t get me wrong, I love Helldivers but we’ve been waiting for an equivalent successor for so long now. And who’s to say we might not even like the new game?! Then we’ve waited years to get something that might not even appeal to us. I don’t want to spread bad vibes here, but I’m getting fed up with it. Sorry!

I trust there is some Non Disclosure Agreement issue that prevents AH from talking to the press (beyond that brief, cryptic Game Informer interview way back) or us fans about what they’re working on.

And they don’t (I assume) want to take time off from the Secret Project to talk to us about Helldivers anymore.

So in the end, they can’t talk to us about what they’re working on now, and no longer want to talk to us about their previous work. Thus they’ve gone from one of the most nicely communicative game devs I can ever recall (only have to look at some of their cool Reddit AMAs on Helldivers over the years), to having nothing to say to the community at all. Not even on their own cool forum/message board.

But I guess I understand the situation they’re in.

I can’t help wishing they would just make one single, explanatory post, “We can’t tell you what we’re working on, we’ll announce it publicly some day, some year. Thanks for still enjoying Helldivers, we can’t spend any time discussing that with you anymore. The End.”

If I had a U.S. nickel for every twin-stick shooter I’ve tried in the last half dozen years that ended with me muttering, “But it’s no Helldivers,” or “This isn’t how Helldivers would handle it,” I would be rich.

If I had a U.S. nickel for every twin-stick shooter I’ve tried in the last half dozen years that ended with me muttering, “But it’s no Helldivers,” or “This isn’t how Helldivers would handle it,” I would be rich.

Absolutely, I feel the same about Gauntlet as well pretty much.

I think that is pretty much a certainty. Whomever is funding Arrowhead for last few years to continue to work on 1 or more development projects required that they don’t talk about it.

The studio has had incredible loyalty from anyone that has worked with them or continues to work with them on these projects in terms of not having any intentional or accidental leaks.

We just have to be trusting that a studio that has only released games that are specifically engineered to be great for someone, will continue to do so, but we won’t know what those games are and if they apply to us the same as their past beloved games until they are ready and allowed to start talking about and showing it.

Edit: My personal guess is that one of these projects is a direct successor to Helldivers and there is another project that might be something else co-op but a new IP, so I lean to their publishing partner being Sony but it could be two separate companies with one of them being Sony.

The new version of this poll should ask, which answer now reflects when Arrowhead will officially announce its secret next project?

Shovel: The Game is coming soon…

So if the game was only an “AA” game, they might’ve actually announced something in our lifetime?

Oh I’m sure Arrowhead is doing something or they wouldn’t be advertising for so many job openings. It’s just, i always assumed the secrecy was because the game was a launch title for a new console and now those consoles launches are long gone.

Is “Shovel” the name of a character in Helldivers or something? 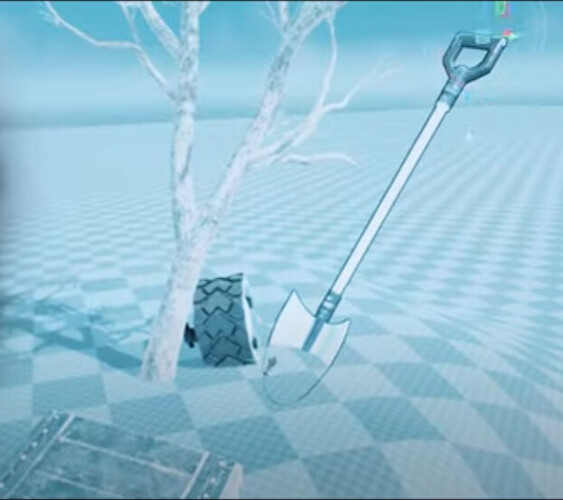 It’s going to be PlayStation 6 exclusive though!

Maybe Arrowhead created a time machine and has traveled into the future to develop games for platforms that don’t exist today!