This is just a re-post from the Steam forums, but I was pretty proud when I finally got all the trophies on Steam. I lost all of my Steam game saves when I had to move over to a new hard drive, and as a result had to start Helldivers over from scratch. I only needed the Mountain out of molehills trophy, and was only 25k kills away when I royally screwed the pooch. In the end it took me ~175,000 kills to get all the Steam achievements, but it was totally worth it and didn’t feel like a grind at all (well, maybe the grind up to getting back the Double Freedom). I know this isn’t that crazy of a feat compared to some of the videos and skilled players I’ve seen, but it still felt great to see that last achievement finally pop.

I attached 1 pic from my PS3 profile and 1 from the new Steam one. It’s crazy to see how much better and efficient I was with the Steam version of the game. Around 330,000 enemies of Super Earth have been liberated from their bodies across both platforms, and hopefully many more to come! 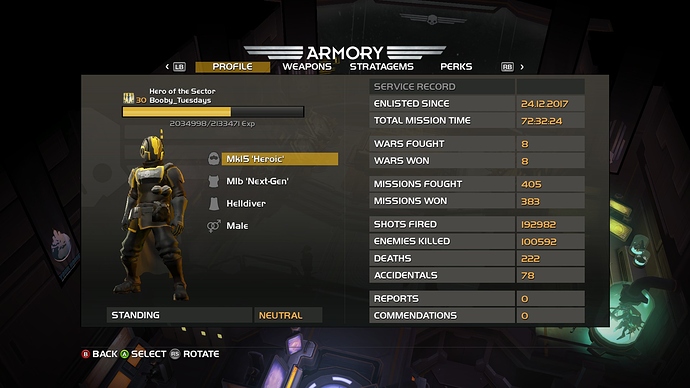 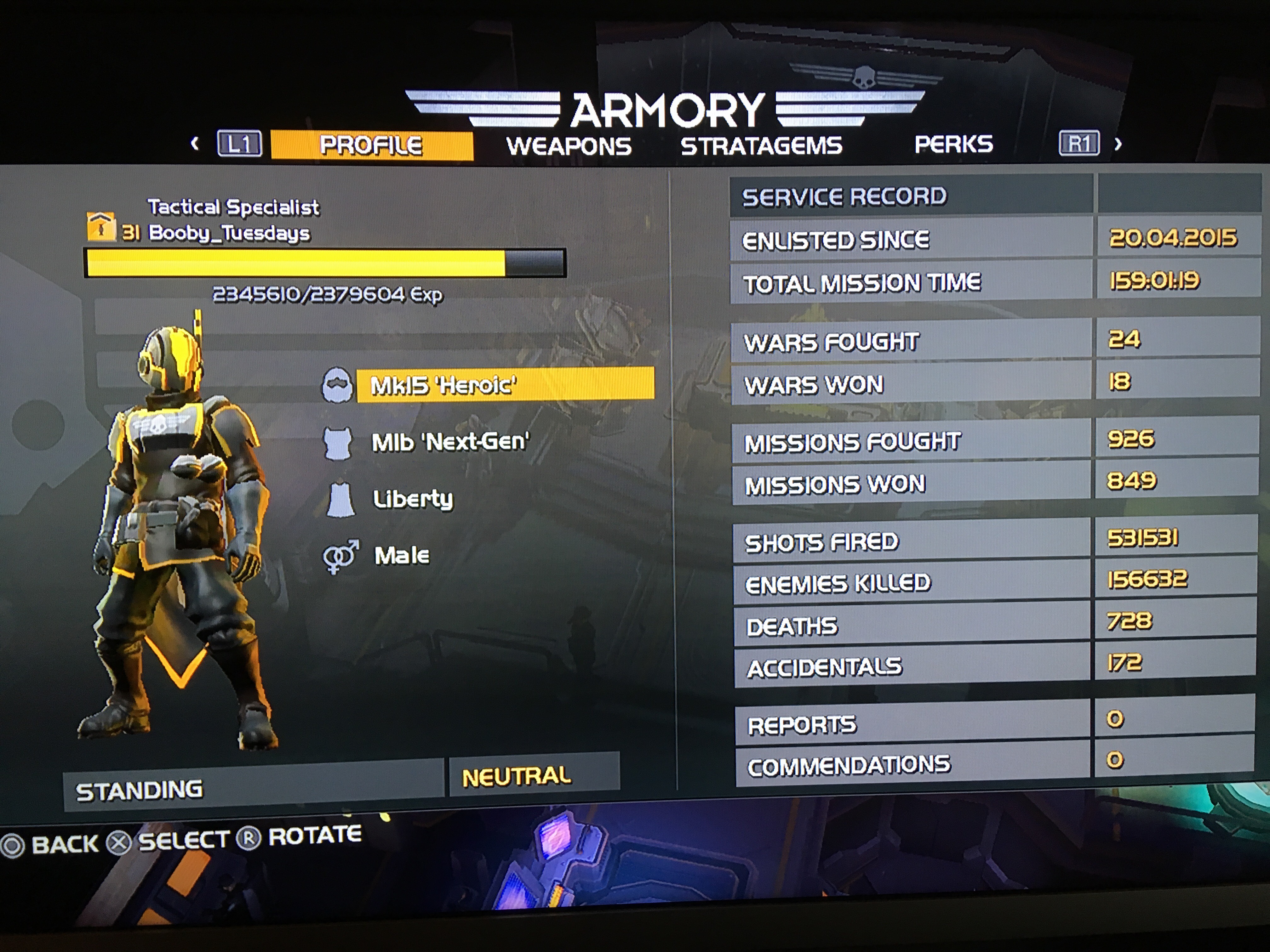 Hey Booby! I will copy what I said on the steam forum.
Nice job! ~250000 kills in total, that’s huge numbers, congrats Tactical Specialist! Super Earth’s fleet is proud of you.

Hope to see you on the battlefield soldier.

Thanks YOPG! I will consider my missing 75,000 kills to be “unconfirmed kills”.