PSN maintains a running percentage of players who successfully receive trophies in the game. Some of the trophies are rather simple to achieve, while others are quite difficult.
Probably the most difficult is Solid Stealth Execution. What is surprising is that the percentage of PSN players able to achieve this trophy have dropped in the last few months to 1.3%, a full percentage point down from when I last checked.
I wonder if the same trend is present with PC play?
Is this intended by the Devs, to further restrict SSE to a very small number of players?
Out of interest, I found some older videos of SSE play, and they mentioned that it was not a particularly difficult trophy to get. I think it’s pretty obvious that at 1.3%, this certainly is a particularly difficult trophy to achieve now.
So, what has changed, and why?
I’ve noticed that recently, alarms go off with no enemy present on screen. I don’t recall this occurring previously, but maybe I just missed it?
There seemed to be an opinion that quiet energy weapons, and the suppressed Ninja alerted fewer enemies, yet in my own play I fail to find any evidence for this, so is this another change I missed?
Hoping for some clarification.

As much as some may want to think that “The devs are cheating bastards” is in play for that, it’s not. Due to the sheer randomness of patrols and detection mechanics, unless you’re playing solo and have the right tools and playstyle you’re gonna have a tough time getting the SSE trophy/achievement. Some people just don’t have the patience or equipment to redo missions with perfect stealth.

As for detection and energy/suppressed weapons, enemies can be almost completely offscreen depending on your resolution which makes it seem as if there’s random alerts. And all weapons have the same detection chance if they hit their target, not just if they’re fired. The Ninja’s suppressor and firing sound are purely cosmetic and don’t have any stealth bonus, same for the laser weapons.

Maybe.
I find extractions are hit at the 30 second mark, almost without exception, and some objectives are definitely loaded up with enemies more than others. I find this pattern repeats itself, so random is not a term I would use.
Comparing older videos to current play, the difficulty level of the game has increased. You can verify this yourself if you have a couple of spare hours to fish around the video libraries.
Most trophies on PSN have increased in percentage, but SSE has singularly dropped off by almost one half.
Obviously, something has changed, and while I can speculate, it would be great to get a straight answer.

Maybe the difficulty has just steadily scaled up after every war that we’ve won.
Each new war should get harder if we won and a loss should start to re balance things.
Feels like we’re overdue a defeat anyway.

In all my 1.5k hours of playing (since launch day) I’ve never noticed any difficulty changes, nor has anyone else (and yes, patrol spawns are indeed random, but defend objectives tend to draw attention like an extraction/distractor beacon). The amount of influence needed to take over regions and win homeworld defense/offense does scale based on previous war results.

As for the percentage dropping, there are other more plausible reasons other than secret changes to the game’s difficulty, such as free weekends and promos, new influxes of players that play for a while, get a few basic achievements, then drop out because it’s not their game, lowering the trophy/achievement rate due to inflating the number of players that don’t have it vs the ones that do.

The operative word here is"noticed".
One can go through all kinds of events whilst noticing only a small percentage of gradual changes.
Difficulty is up, enemies do not spawn randomly, and the percentage of players who score solid stealth execution is down. If you have any information other than denial and conjecture, I’d love to hear it.
For my part, I’ve observed that some strategem weakening has occurred, that the formulas of spawned enemies has changed towards tougher mixtures, and the number of enemies has increased.
The older videos are there for the proof, from missions where distractor beacons pulled every enemy away from contact, to level 12 city defend events without today’s plethora of tanks and warlords.
The game is not the same game from 2015.
I will repeat my question for anyone able, or willing, to provide valid insight. Solid Stealth Execution has become roughly twice as rare during a time when most trophies are becoming more common. Is this by intent, or the result of other changes?

Patrols do spawn randomly, you even even observe they can spawn inside buildings or rocks. Yes, the difficulty has been up since 2015, thanks to the free huge expansions that added more enemies in each faction and masters.

All achievements/trophies are hard as they have always been, no changes have been made.

@RangerRen I am also missing the Solid Stealth Execution trophy on PS4. I got the “They call me Mr. Danmaku” today.

So I am missing SSE and one other: https://psnprofiles.com/trophies/3379-helldivers/Futte2014

I also watch a lot of older Youtube vids on Helldivers - and to me it also appears that the PSN version is harder. Perhaps as a result of screen resolution - but I am not sure.

I will give it a go once the current war is over and level 7 is available once more.

I’d be interested to know if that’s how it works, just out of curiosity.

I screwed up the escort objective

- but it is not important - you will still get the trophy.

My strategy
So I dropped in as far from an objective as possible - threw a distractor - ran towards the first capture area — success - threw another distractor - and continued. Always keeping track of the red dots on the map and avoiding enemies. I kept mostly to the edges of the map and found places to hide.
At the extract point I threw three distractor with some 15 seconds between them - by running as far as I could until the “Too far away” counter started. Screwed up here … and had to go back and punch in the extract. Threw a couple of distractors as far below as I could to the extract point and hid as far as I could on the top.
Waited for “Shuttle inbound in 30 secs.” … “10 secs.” … ran to the shuttle and got the SSE trophy and the Epitomy of Super Earth trophy.

So now it is on my PSN profile: 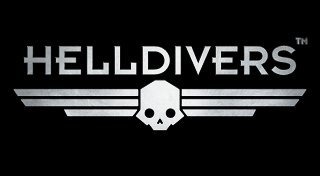 Congratulations, H. I try to play most missions from a stealth perspective, at least when solo diving. However, I am far from the best player, and I can’t help but trigger every alarm on the map.
Good gaming.

Now I have used it today in a couple of Cyborg level 6 defend city missions - and it works really well with a loadout of two distractor beacons.

Interesting thought concerning distractor beacons. Honestly, I’ve played missions where others have thrown beacons around the extraction point. In those cases, I’ve actually been glad the DB doesn’t work so well.
The big problem with the DB is that it doesn’t pull all the enemies. When I use it at completed/failed objectives it will often keep those enemies in that area, but won’t effect those who are triggered to spawn across the map via a players presence.
Also, I’ve had enemies spawn in such a fashion that they hit me while moving towards the DB.
Finally, as you wrote, DB duration is so short that you have to fill your strategem slots with multiple DBs, which means one must forsake useful strategem choices.
I suppose what it boils down to is that SSE demands that I give up effective load outs for those that are less so, which means a radically different style of play that I frankly don’t enjoy. No other trophy demands this, and honestly, the DB strategem slot is in my own play, better served with other choices.
I play in a fashion that attempts to avoid detection, but once detected, I far prefer my effective load outs to one that is purely designed around achieving a trophy. This, I think is the primary reason for the falling numbers of players who achieve SSE. If game time is limited, and for most this is the case, one wishes to have fun, rather than trying to play for a rather esoteric trophy.
I would much rather blast enemies while playing objectives than twitch over being seen, and I doubt I’m alone in this.

The big problem with the DB is that it doesn’t pull all the enemies.

That’s true - so far I have only used the DB on Cyborg missions - the Hounds seem to ignore it.

I far prefer my effective load outs to one that is purely designed around achieving a trophy. This, I think is the primary reason for the falling numbers of players who achieve SSE. If game time is limited, and for most this is the case, one wishes to have fun, rather than trying to play for a rather esoteric trophy.

I think most players will agree to this … but I’m glad I tested out the DB … now I have one more strategy in my arsenal.

I’m glad I tested out the DB … now I have one more strategy in my arsenal.

In my opinion, not a huge fan of the DB, makes the game to easy unless your dropping it at an objective

dropping it at an objective

Hmmm … that’s going on my todolist

True chaos is dropping your team directly onto the Dissarm objective of a Cyborg Helldive and deploying the ‘attractor’ beacon before anyone else has had chance to call in / retrieve their gear.

If game time is limited, and for most this is the case, one wishes to have fun, rather than trying to play for a rather esoteric trophy.

Too right mate. Trophies are neat, but only for those with time for chasing 'em.

I don’t agree that solid stealth exicution is hard to get. I got it in a public lobby without any special though given to the plan. We were all just on top of killing the bug scouts.