There are players who have a lot of research points but nothing to do with them.

what if there where things to spent that did not change the effectiveness of the divers but add a litle bit of extra beauty to the game
For example there could be new voice-lines for when enemies are killed, objectives comleted or stratagem called(like “DEGUGGED!!”, “LIBERATED!!”,"THE FIRE OF LIBERTY BURNS THROUGH ME!)
Decorations for the ship, parts of enemies slain favoured weapons and equipment, some achievments could grant decorations as well
Decorations(skins) for vehicles and exo-suits could be a good idea too
Finally idle animations for when the diver has a second to stand ,before a scout appears, they could be checking their equipment, kicking dirt, using their radio, resting on one knee or even dusting their cape

I’d be more interested to see how many research points i’d actualy have if it didn’t have a cap on it.
Would be funny to see a lvl 39 player with 5627 points and a lvl 50 (trident/rumbler?) player with 63. in the mission results screen

the amount you could spend would not be unlimited, i guess, so these hillarious incidents could still occur

Some of us asked in an Arrowhead Reddit AMA some years back about this type of thing. I think at some point we were told would never add any sort of “research sample sink” system that would let higher level players do something with their hoarded samples. Think AH dismissed it as not a priority or a good use of their resources.

I assume it would just not be worth the investment in time/resources to them then or now.

I think my suggestions were maybe using samples to purchase cosmetic "paint’ you might use to customize armor and capes. Or at one point I suggested a system where you’d use samples to purchase the ability to toggle weapon upgrades on and off (for example, maybe you want to switch your pistol back to single shot instead of the final multi-rounds upgrade). Or to buy temporary “special ammo”: types for your weapons (incendiary, slowing, ricochet etc.).

Oh, here we go, I asked about this at the October 2016 Liberty Day Reddit AMA 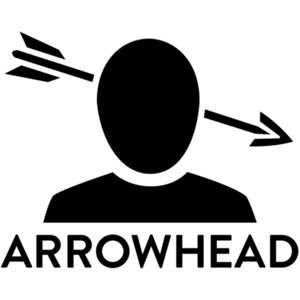 r/Helldivers - AMA - We are Arrowhead and today is Liberty Day 2016! AYWYCDFD*!

Would it be feasible to add some non-gameplay feature to Helldivers that utilized the zillions (exaggerating slightly :-)) of useless Research Samples we veteran players pile up? After maybe late level 20s, samples serve no purpose since all upgrades are completed.

Some players have suggested maybe limited color customizing (within a sensible, limited pallet) of capes, armor, weapons etc., “paying” for that in samples. Or maybe, say, turning in 200 samples could get you a custom cape not otherwise available?

I’m glad that research points have no utility once everything is upgraded.

I can’t bear theses players who drop a Humblebee UAV drone and want to collect samples all over the map, making the whole team runs several minutes for nothing. Like going all the way south for ONE sample, whereas the next mission objective is all the way north. Oh boy.

I tell them that only taking samples that are in the mission path is the way to go, they will have plenty of research samples in no time anyway (that’s what I did when I was a newcomer 4 years ago). But no, they want to collect samples. Geez.

So, it would be a nightmare if there was more things to purchase with Research Samples. Because then, even people who have upgraded everything, would start again to collect samples all over the map.

Im fine with it if its the host who is doing this. Many others who still need lots of samples can join if they want. But at least this is clear when you enter a group like this. Otherwise, the drone should be used for finding objectives fast, or to spot that sample just offscreen.

But there are also those samplehunters who join a game and suddenly demand everyone to go samplehunting as well, often running towards the other side of the screen for a single sample, miles away, and refusing to budge, triggering multiple alarms,… even when the team makes it clear they want to get on with the mission. No one likes that guy.

While I don’t enjoy that either, I usually leave the game session if that’s how the game’s going – players don’t really need a group to sample-hunt. I never use the UAV drone and never fixated on samples during levels 1-25, and a lot of players don’t/didn’t.

Which is why I kind of favored a sample sink system based on cosmetics or nice to haves, not on stuff you feel you “need” to do well in the game.

I seem to recall AH saying they added the Samples very late in development because they didn’t feel they’d given players any sort of “carrot” to encourage exploring the maps. So it’s not some idea they did a lot of research on in terms of how they thought players would think or or fixate on sample counts.

One idea suggested - clearly not ever happening - was sprinkling some random side objectives instead. Like you might find a “bug nest” hole that the squad jumps into for a brief combat skirmish. People might find it more enjoyable to explore a bit for fun little instances rather than a “sample hunt.”